On Friday, February 5, 2021, around 9:30 a.m., members of the Alamance County Sheriff’s Office Human Exploitation Team opened an undercover peer-to-peer file sharing investigation involving an individual offering to participate in dissemination of child sexual abuse materials (previously known as child pornography). This investigation was initiated after finding that a person offered to share with us illicit materials of child sexual abuse through a file sharing network.

The suspect’s IP address was obtained, and an administrative subpoena was submitted. At the end of May, investigators received information back from the subpoena which indicated that the IP address belonged to Christopher Earnest Stefan who lives at 3719 S NC Hwy 119 in Haw River.

A search warrant was obtained for his home along with any outbuildings on his property. On June 3, 2021, members of the Alamance County Sheriff’s Office Human Exploitation Team and Special Victim’s Unit executed the search warrant. After searching the house and outbuildings, numerous files of child sex abuse materials were found on Mr. Stefan’s computers. Officers also found homemade gun suppressors and machines used to make them. A short barrel rifle with a suppressor attached to it was found in Mr. Stefan’s home along with a small amount of Cocaine. Through further investigation, it was also discovered that Mr. Stefan had been making and selling suppressors online.

An interview was conducted with Mr. Stefan, and he admitted to possessing numerous files of child sex abuse materials and that he made and sold suppressors. Investigators viewed six files out of hundreds that Mr. Stefan possessed on one of many external hard drives onsite. ATF (Bureau of Alcohol, Tobacco, Firearms and Explosives) agents were requested to help with the investigation of manufacturing and selling of suppressors and altered firearms. Mr. Stefan also admitted to filming young girls at a water park in Tennessee and the splash pad in downtown Mebane.

Due to the amount of forensic evidence collected, this case is ongoing and additional charges are possible. Anyone with information is asked to call the Alamance County Sheriff’s Office to speak with a member of the Human Exploitation Team or the Special Victims Unit at 336-570-6300. 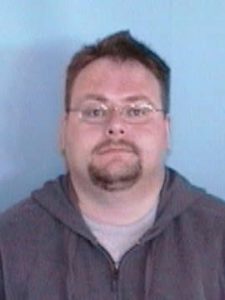